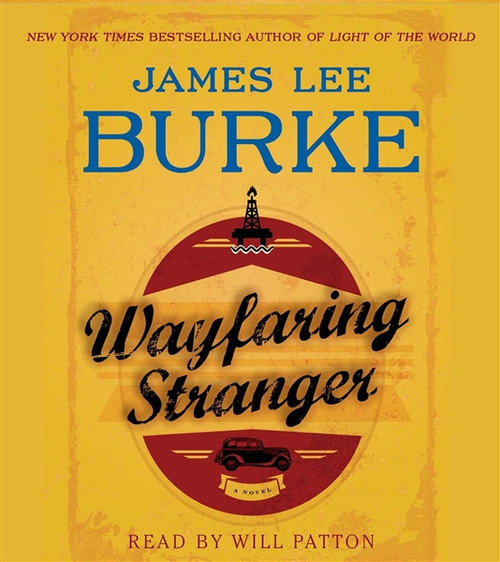 SKU:
UPC:
9781442369924
Condition:
New
Availability:
Usually Ships in 24 Hours or Less
Shipping:
Free Shipping
This audiobook is a publisher's overstock:
It is in shrink-wrap and will have a remainder" (scratch or pen) mark through UPC code, some items will have minor exterior wear from being handled."

Wayfaring Stranger: A Novel by James Lee Burke [Audiobook] [Unabridged]
From Americas best novelist (The Denver Post): A sprawling thriller drenched with atmosphere and intrigue that takes a young boy from a chance encounter with Bonnie and Clyde to the trenches of World War II and the oil fields along the Texas-Louisiana coast.
It is 1934 and the Depression is bearing down when sixteen-year-old Weldon Avery Holland happens upon infamous criminals Bonnie Parker and Clyde Barrow after one of their notorious armed robberies. A confrontation with the outlaws ends as Weldon puts a bullet through the rear window of Clydes stolen automobile.
Ten years later, Second Lieutenant Weldon Holland and his sergeant, Hershel Pine, escape certain death in the Battle of the Bulge and encounter a beautiful young woman named Rosita Lowenstein hiding in a deserted extermination camp. Eventually, Weldon and Rosita fall in love and marry and, with Hershel, return to Texas to seek their fortunes.
There, they enter the domain of jackals known as the oil business. They meet Roy Wisehearta former Marine aviator haunted with guilt for deserting his squadron leader over the South Pacificand Roys wife Clara, a vicious anti-Semite who is determined to make Weldon and Rositas life a nightmare. It will be the frontier justice upheld by Weldons grandfather, Texas lawman Hackberry Holland, and the legendary antics of Bonnie and Clyde that shape Weldons plans for saving his family from the evil forces that lurk in peacetime America and threaten to destroy them all.