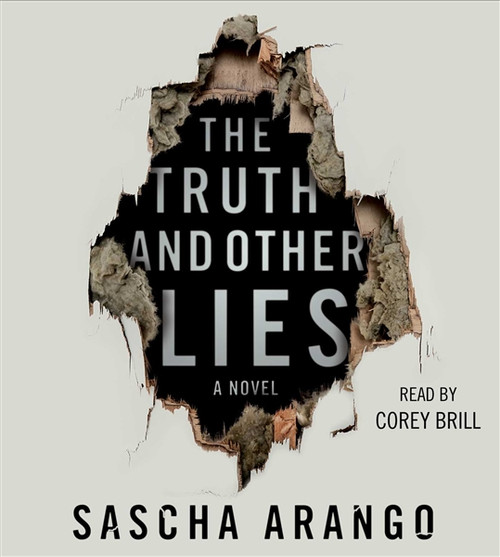 SKU:
UPC:
9781442382596
Condition:
New
Availability:
Usually Ships in 24 Hours
Shipping:
Free Shipping
This audiobook is a publisher's overstock:
It is in shrink-wrap and will have a "remainder" (scratch or pen) mark through UPC code.

The Truth and Other Lies: A Novel by Sascha Arango [Audiobook] [Unabridged]
Dark, witty, and suspenseful, this literary crime thriller reminiscent of The Dinner and The Silent Wife follows a famous author whose wifethe brains behind his successmeets an untimely death, leaving him to deal with the consequences.
Evil is a matter of opinion
On the surface, Henry Hayden seems like someone you could like, or even admire. A famous bestselling author who appears a modest everyman. A loving, devoted husband even though he could have any woman he desires. A generous friend and coworker. But Henry Hayden is a construction, a mask. His past is a secret, his methods more so. No one besides him and his wife know that she is the actual writer of the novels that made him famous.
For most of Henrys life, it hasnt been a problem. But when his hidden-in-plain-sight mistress becomes pregnant and his carefully constructed facade is about to crumble, he tries to find a permanent solution, only to make a terrible mistake.
Now not only are the police after Henry, but his pastwhich he has painstakingly kept hiddenthreatens to catch up with him as well. Henry is an ingenious man and he works out an ingenious plan. He weaves lies, truths, and half-truths into a story that might help him survive. But bit by bit the noose still tightens.
Smart, sardonic, and instantly gripping, here is the story of a man whose cunning allows him to evade the consequences of his every action, even when hes standing on the edge of the abyss.
×

The Rules of Magic - A Novel by Alice Hoffman -Audio CD

A Sudden Light - A Novel by Garth Stein Audio CD

The Dark Tower I - The Gunslinger by Stephen King - Audio CD

The Lord of Opium by Nancy Farmer - Audio CD

Smoke "The Sequel to Burned" by Ellen Hopkins - Audio CD

Being a Dog by Alexandra Horowitz Audio CD