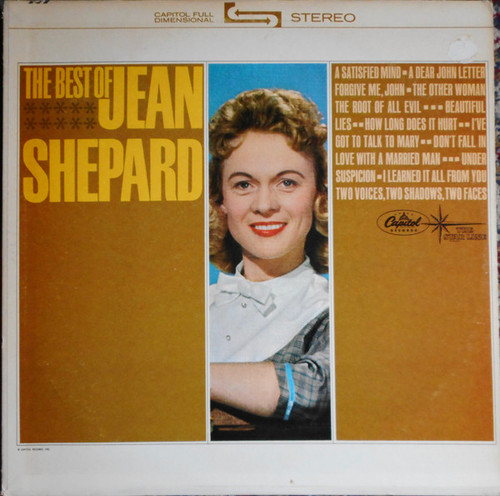 A1 A Satisfied Mind
A2 A Dear John Letter
A3 Forgive Me John
A4 The Other Woman
A5 Two Voices, Two Shadows, Two Faces
A6 The Root Of All Evil

Jean Shepard
Real Name: Ollie Imogene Shepard
Profile: Jean Shepard (born November 21, 1933, Pauls Valley, Oklahoma, USA – died September 25, 2016) was an American country and honky tonk singer-songwriter. She was a pioneer for women in country music. In 2011, she was inducted into the Country Music Hall of Fame and on November 21, 2015, Shepard became the first female to be a member of the Grand Ole Opry for 60 consecutive years.

Get It Done - 31 Ways to Release Your Inner Boss - Paperback