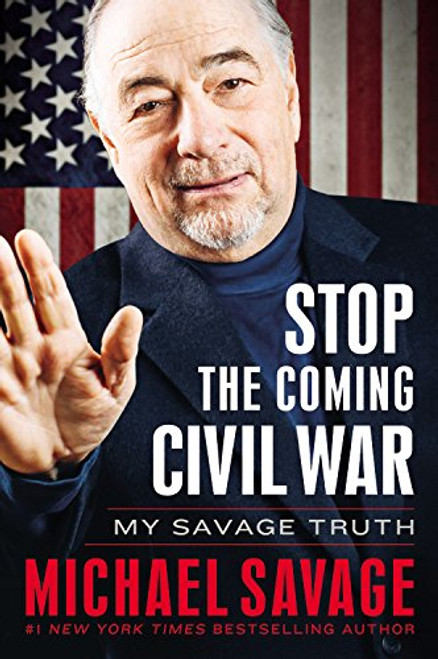 In the book that predicted our current political climate, conservative talk-show host and #1 New York Times bestselling author Michael Savage shows how true patriots can defend America's freedoms before it's too late.

The split between the right and the left is growing every day, and our country is in real trouble. Not between the states, but between true patriots who believe in our nation's founding principles and those he believes are working every day to undermine them and change the very nature of the country.

Michael Savage is convinced we face more than just political differences. He believes the split between right and left is possibly irreversible unless we understand what's destroying American values and how to stop it. This fervent warning offers the Savage truth - a call to action in the voting booth - in order to defend the freedoms our Constitution so brilliantly established.

About the Author
Dr. Michael Savage is a multimedia icon in the conservative movement. He recently moved to the 3:00 to 6:00 PM radio time slot formerly occupied by Sean Hannity, with more than 200 affiliate radio stations, including 60 stations owned and operated by Cumulus. He is the #1 radio host on the internet and one of the top 5 most listened-to conservative talk-show hosts in the country. He is also the author of 25 books, including four New York Times bestsellers, including a #1 New York Times bestseller. The Telegraph in the U.K. ranked Michael Savage as one of the most influential conservatives in the United States and his media presence and profile earned him the coveted Freedom of Speech Award from Talkers magazine. He holds a master's degree in medical botany and a second in medical anthropology. Additionally, he earned his Ph.D. from the University of California at Berkeley in epidemiology and nutrition sciences.

Getting to Yes with Yourself by William Ury Audio CD

Think Like a Freak -Retrain Your Brain by Steven D. Levitt Audio CD

The Art of War by Sun Tzu- Hardcover