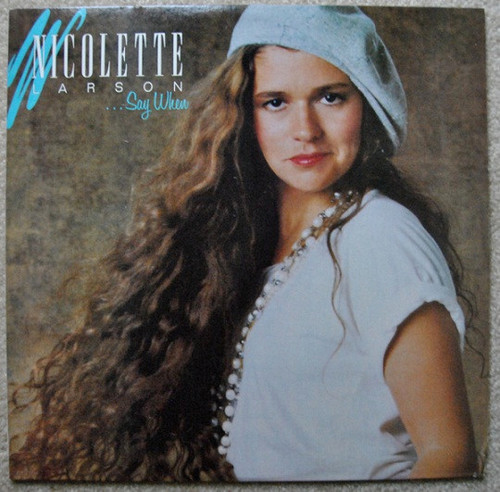 Helena, Montana-born Nicolette Larson began her musical career in earnest in San Francisco in the early '70s, singing with David Nichtern & The Nocturnes. Moving south to Los Angeles, she became friends with Linda Ronstadt, through whom she was introduced to Neil Young. By 1978 she'd contributed backup vocals to Young's American Stars 'N Bars and Comes A Time. The latter featured “Lotta Love,” which would become Larson's own signature song as included on her own 1978 album Nicolette.

After providing harmonies for the likes of Ronstadt, Emmylou Harris and The Doobie Brothers, and doing a stint in Commander Cody, Larson released four solo albums for Warner Bros. before moving to Nashville and recording her MCA debut, Say When, which garnered the Country Music Academy's Best New Female Vocalist award and produced the hit duet with Steve Warner, “That's When You Know When Love's Right.” She continued recording until a cerebral edema took her life in December of 1997. In February of 1998 two tribute concerts were held at the Santa Monica Civic Auditorium, gathering such artists as Carole King, Emmylou Harris, Jackson Browne, Joe Walsh, Bonnie Raitt and even Linda Ronstadt.

A CD recording of the concert was released on the Rhino record label in February 2006: A Tribute To Nicolette Larson - Lotta Love Concert.