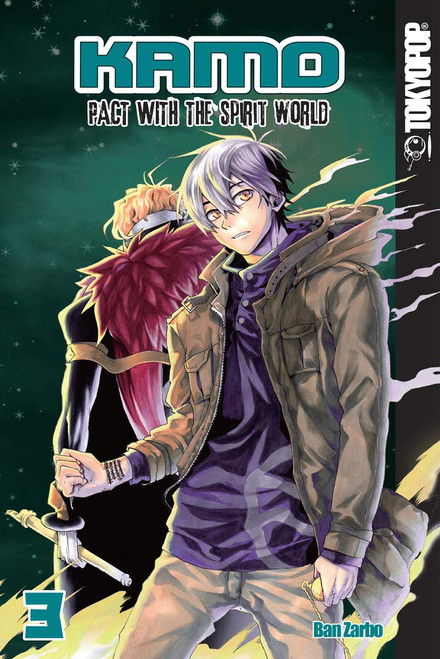 Kamo’s understanding of the world has completely fallen apart.

Are the spirits he and Crimson defeat actually coma patients? Seeking answers from Shokola, he is devastated when he learns the truth.

Meanwhile, the twin ghosts Logisto and Intuitiva are making a plan to take Kamo out for good. As the most powerful spirits in the world assemble and ready for battle, this might be one fight that Kamo and Crimson cannot win…

About the Author
Ban’s mother first introduced her and her twin, Gin, to anime and manga as young girls. Even then, the twins aspired to one day become manga creators. Kamo is based on Ka-Mo which Ban had previously self-published in 2014 and is largely inspired by Caribbean myth.

Fun fact: the character Shokola is influenced by Ban's mother, and even a little by a fellow TOKYOPOP manga creator! "I also have [Goldfisch creator] Nana Yaa's afro-hair splendor in mind, which also influenced her design; I tied them together and put them to paper."

Purge on the Potomac by David Thomas Roberts - Hardcover

Win in the Opening! - Opening Mistakes by Yakov Neishtadt PB