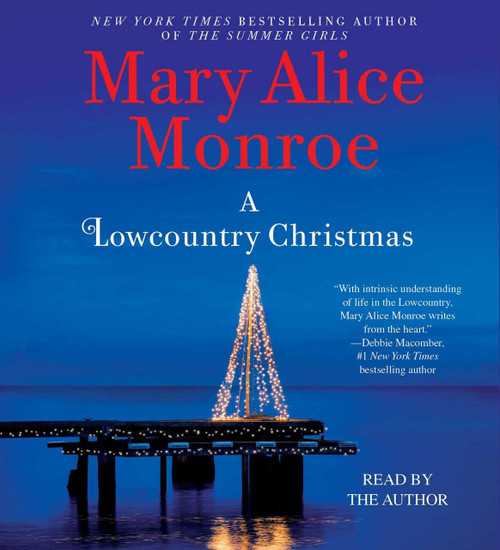 SKU:
UPC:
9781442394162
Condition:
New
Availability:
Usually Ships in 24 Hours
Shipping:
Free Shipping
This audiobook is a publisher's overstock:
It is in shrink-wrap and will have a "remainder" (scratch or pen) mark through UPC code.

A wounded warrior and his younger brother discover the true meaning of Christmas in this timeless story of family bonds. A poignant continuation of the Lowcountry Summer series.

As far as ten-year-old Miller McClellan is concerned, it’s the worst Christmas ever. His father’s shrimp boat is docked, his mother is working two jobs, and with finances strained, Miller is told they can’t afford the dog he desperately wants. “Your brother’s return from war is our family’s gift,” his parents tell him. But when Taylor returns with PTSD, family strains darken the holidays.

Then Taylor’s service dog arrives—a large black Labrador/Great Dane named Thor. His brother even got the dog! When Miller goes out on Christmas Eve with his father’s axe, determined to get his family the tree they can't afford, he takes the dog for company—but accidentally winds up lost in the wild forest. The splintered family must come together to rediscover their strengths, family bond, and the true meaning of Christmas.

About the Author
Mary Alice Monroe is the New York Times bestselling author of two dozen novels, including The Summer Girls, The Summer Wind, The Summer’s End, A Lowcountry Wedding, A Lowcountry Christmas, Last Light Over Carolina, Time Is a River, Sweetgrass, Skyward, The Four Seasons, The Book Club, The Beach House, Beach House Memories, Swimming Lessons, Beach House for Rent, and Beach House Reunion. Her books have received numerous awards, including the 2008 South Carolina Center for the Book Award for Writing, the 2014 South Carolina Award for Literary Excellence, the 2015 SW Florida Author of Distinction Award, the RT Lifetime Achievement Award, and the International Book Award for Green Fiction. In 2018 she was inducted into the South Carolina Literary Hall of Fame. Her novel, The Beach House was made into a Hallmark Hall of Fame film. An active conservationist, she lives in the lowcountry of South Carolina.

The Rules of Magic - A Novel by Alice Hoffman -Audio CD

The Bears on Hemlock Mountain by Alice Dalgliesh - Audio CD

The Theory of Evolution: (The Great Courses) - A History of Controversy - by Edward J. Larson - DVD

Meteorology (The Great Courses) : An Introduction to the Wonders of the Weather by Robert G. Fovell - DVD

A Plea for the Animals: by Matthieu Ricard- Hardcover

Around the Way Girl - A Memoir by Taraji P. Henson Audio CD

Death in the Afternoon by Ernest Hemingway Audio CD